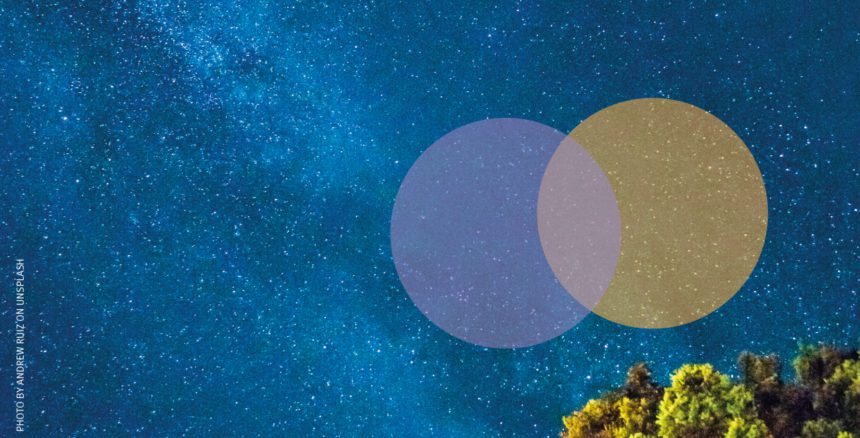 Photo by Andrew Ruiz on Unsplash

It is certainly true that these two great realms of human enquiry are distinct, asking different questions about life. Science is asking questions about the world of matter and energy. What physical properties do things have and where do they come from? How can we explain the mechanisms of life? How does the universe function at a material level? Faith, on the other hand, is asking questions about the meaning of life. Does God exist and, if so, what purpose does He have for my life? How should I live my life in a way that glorifies God? How can Christians together change the world?

But now look closer at these two great enterprises of science and of faith and the similarities start becoming clearer, often reflecting the ways in which they have been entwined together historically. Like two stems of honeysuckle climbing up a house, science and Christian faith have grown up together. Indeed, it is possible to make a list of at least ten aspects of the contemporary scientific enterprise that illustrate the similarities. Here we will pick just three out of the list: commitment, coherence and evidence.

Personal commitment to the scientific enterprise is where science perhaps comes closest to the personal aspect of faith, for science cannot explain itself. Many scientists do not realise that they have to make a whole range of philosophical assumptions, assumptions not provable by science itself, before the scientific enterprise can get started. For example, you need faith that the universe is comprehensible, that it is coherent, that we have the potential to understand it. That may seem obvious to us now after a few centuries of doing science. But it was not at all obvious to people before modern science began.

Eugene Wigner, the physics Nobel Prize Winner, once remarked that ‘the miracle of the appropriateness of the language of mathematics for the formulation of the laws of physics is a wonderful gift that we neither understand nor deserve’. An amazing coherence seems built into the fabric of the universe. And science cannot work unless we first believe that is the case.

In science we also have to take on trust that matter behaves in a reproducible way. If we do an experiment this week, and repeat it under the same conditions, then we should get the same result next week as well – we hope! Again, as scientists we are so used to consistency in the properties of matter, that we take it for granted.

And all scientists have to make the assumption that their minds are rational enough so that they can obtain true understanding of the universe through science. Now of course that is a very reasonable assumption – but you cannot prove that assumption from science itself – you can only assume it is correct and then commit yourself to the scientific enterprise.

As Einstein put it, ‘The most incomprehensible thing about the world is that it is comprehensible’. The fact that the universe is intelligible, that it can be understood at least partially by rational human minds, is not something that science can explain, in principle, not just in practice, because science can only get going once there is something intelligible there to explain.

Every new PhD student, coming into the lab for the first time, has to commit themselves to the scientific community, for there is no other way of proceeding. This entails believing the data of those who have gone before.
No one individual can personally obtain all the experimental results relevant to their own field that have previously been published and that are necessary for starting their own new project. Instead they have to trust the results of others. Unless they do that, they’re not going to get anywhere. So all kinds of commitments are involved in the scientific enterprise that go way beyond the science itself and we note that they are all perfectly rational commitments.

As in science, so in faith, there is an element of having to trust the experience of those who have gone before if progress is to be made. This includes trusting the historical data on which that faith is built, certainly in the case of Christian faith. And it involves a commitment to the community of faith – entering into a community in which there are checks and balances as to the interpretation of personal experience and the practice of that faith, just as there are norms and traditions within the scientific community as to how to go about the practice of actually doing science. No commitment, no progress.

Coherence is a second key criterion in the scientific enterprise. How do we make sense of the data? Mathematical physicists are famous for their addiction to theories which they believe on the grounds of their elegance long before any experimental data are available to support the theory one way or another.

Einstein was not at all impressed by the experimental confirmations of his relativity theory of 1905, once remarking that, ‘I do not by any means find the chief significance of the general theory of relativity in the fact that it predicted a few minute observable facts, but rather in the simplicity of its foundation and in its logical consistency’. In fact his theory had to wait for decades for final experimental confirmation – and the confirming facts were actually huge rather than ‘minute’!

Faith also involves a search for coherence. I think it is intriguing in this context that the Bible displays its grand hypothesis, as it were, in its very first sentence: ‘In the beginning God created the heavens and the earth’. There is no attempt to prove the point by the type of rationalistic thought that we find in Greek philosophy. Genesis simply claims: this is the Big Model and the whole of the rest of what follows is only really interpretable within the framework of this big starting presupposition. Personally, I can relate to that because it’s the way so much of scientific thinking works.

The properties of the universe really look as if it was ‘waiting for us’, as physicist Paul Davies expresses the point. The universe with its 1022 stars actually has to be this big in order for us to be here – anything smaller and the universe would not have existed long enough for intelligent life to emerge. Our own planet displays a striking increase in biological complexity with the arrow of time which leads finally to creatures who can pray and respond to God’s love. The emergence of conscious persons in the universe with minds sufficiently rational to investigate its properties is profoundly remarkable, and demands an explanation. The Big Model that the Bible provides – that there is a personal creator God whose plan and intention from the beginning has been for these properties to develop – renders a universe coherent that would otherwise just be a big puzzle.

A third key similarity between the scientific enterprise and Christian faith is that they are both committed to the importance of evidence. The American atheist Jerry Coyne has defined faith as ‘belief without evidence’. But no serious theologian has ever understood faith in this way, so Coyne is really tilting at windmills. Christianity makes claims about the historical figure of Jesus of Nazareth. Either they are true or they are not. The post-modern suspicion of all claims to truth is not shared by science, nor by Christian faith. Indeed I think this helps explain the cousinly relationship between science and faith. It maybe helps explain why there are so many Christians in the science departments of my own university in Cambridge and relatively few in the humanities.

Mutually shared features between science and faith, such as commitment, coherence and evidence, are just the tip of a very large iceberg. Science and faith are looking out of two different windows at the same reality, asking rather different kinds of question. But it is the same reality and we need the view from both windows. There are many fascinating similarities between the ways in which those views are constructed and understood.

Dr Denis R Alexander is Emeritus Director of The Faraday Institute for Science and Religion, which was founded at St. Edmund’s College, Cambridge, where he is Emeritus Fellow. 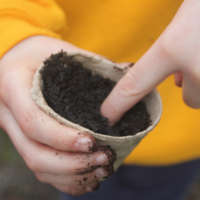