This article was published in the September to December 2020 issue of Rapport magazine.

During my time on Community at Lee Abbey Devon, I had the misfortune to catch glandular fever, and was sick for several months. During that time I was adopted by a Community family, and spent most of my time dozing on the sofa in their living room. The constantly shifting patterns of clouds and the changing light over the fields and woods are far more restful to watch than daytime television. At dinner my adopted family had a tradition of asking each other, ‘What are you most grateful for?’ I found my consistent reply, even in the midst of miserable ill-health, was the ability to see God’s creation, giving me a glimpse of joy and getting me through another day.

During the recent lockdown my freedoms were not curtailed as much as for many people. I have a job which I can do, in part, from home. So I had the best of both worlds, days working on my laptop peacefully from home sat in a shady part of the garden and days where I’ve gone into work almost normally.

Living in South Devon we have had relatively few coronavirus cases, although the indirect impact of tourism shutting down has made us realise just how much the economy and local jobs rely on visitors to the area. We don’t all know people who’ve had the virus, but we do all know people who have lost their jobs, even with the Government furlough scheme.

When lockdown first started, with no planes in the sky, virtually no traffic on the roads and air pollution reducing in European cities, I woke early one morning from an anxious, disturbed sleep. Instead of continuing to toss and turn, I got up, went outside and listened to the dawn chorus, something I would never normally do. In the joyous noisy-peace of that morning I found myself reflecting that, in the Old Testament, God commands the Israelites to allow the land a Sabbath rest every seven years. Lockdown gave a much-needed Sabbath for the air. With what I believe to have been God’s miraculous provision of glorious spring weather I began to pray that God would use this strange time to reawaken our connection with His creation.

When I started as Environmental Coordinator at Lee Abbey Devon in 2012, I thought I needed to teach people about why it is important to care for creation and how to do it. During my five years living within the ‘community of creation’ that hosts Lee Abbey’s human Community, I learned that although sermons and talks, hymns and prayers about creation have their place, we also need to listen to creation’s voice first hand, uninterrupted by our own social and spiritual conditioning. If we are to find a way to live in harmony with God’s creation – and it is desperately urgent that we do – then we must first of all get to know it, in all its myriad forms.

Humans fall in love in so many ways, love at first sight, love growing from friendship, from common experience or working together, love emerging despite difference. Healthy love leads us to care for the other before ourselves, and challenging though it may be, this is the love we need to find in our relationship with creation.

Over the period of lockdown there were many news reports about ‘nature moments’; goats wandering through Llandudno like they own the place (nothing new to Lyntonians!), a fox trying to join in with a startled lady’s picnic in Scotland, people hearing bird song normally drowned out by traffic noise. It is clear that given the chance creation can quickly begin to heal from the damage and pressure we put on it.

It is also clear that for those of us able to get outside during this time we have benefited from engaging with God’s world. It is becoming increasingly well understood that time in nature – walking, gardening, or just taking it all in – improves our mental health, helping us to cope better in anxious times. Why should we be surprised that when our relationship is right – creation is good for us, and we are good for creation? After all, back in the beginning of Genesis, God crafts a world which He says is ‘very good’, and places people in His garden to tend and care for it. This is our ‘natural environment’ –
the place God created us to inhabit, not the cities, where so many people now live.

Sadly, human actions in that first idyllic garden caused Adam and Eve to be banished from it. As lockdown progressed I witnessed increased fly-tipping in the country lanes I drive along, nearby beaches have been left covered in litter. Sadly it seems we only care when it is convenient. Maybe it is just the uncaring few, but I know there are areas where I am complicit in the destruction of God’s creation – I continue to drive a car, use a mobile phone, and eat more meat than I need to. I still buy things in non-recyclable plastic containers, and I could invest my savings more ethically.

Perhaps God did not just banish Adam and Eve from the Garden of Eden because of their disobedience, but in order to protect that sacred space? Humanity has endless potential to cause devastating harm through ignorance, laziness and greed as well as through that guilty enjoyment we can find in doing something deliberately destructive.

Lee Abbey is often described as a ‘thin place’ where, through the welcome of Community and the beauty of the estate, people’s relationships with God and each other are renewed and restored. But this can only happen because of the hospitality afforded by the ‘community of creation’ – of which we are all a part. If we, as humans, continue to flagrantly abuse God’s world, then we should not be surprised if it increasingly turns on us, to reduce the burden of our ‘infection’ of the planet. Just as a sick human gets a high temperature as it tries to fight off an invading virus, so too this planet is running the fever of climate change. Covid-19 and other deadly viruses transfer into human populations in part because of our exploitation and mistreatment of wild creatures. We face well-deserved judgement for our environmental sins. Unless we quickly repent and change our behaviour there will be increasingly devastating consequences and, as usual, the poor and the innocent will suffer most.

Hope for the future

I hope and pray that going forward we recognise this pandemic as a wake-up call for humanity to repent of our sin against God’s creation and change our behaviour.

As Christians we know that God created and loves everything He has made and that He has reconciled all things to Himself through Jesus’ blood on the cross. Because ours is a God of love, forgiveness and second chances, we have such good news to share with our hurting world – that despite all the difficulties, there is hope, there is a future, and that future – in Christ – can be good for all of creation. 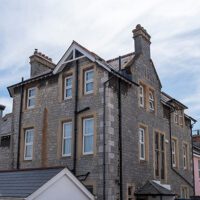 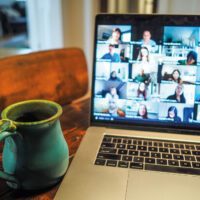 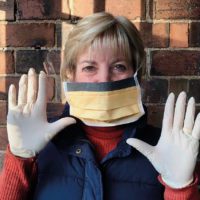