My first acquaintance with the book of Genesis was through the Sunday school versions of some of the most famous stories: Noah’s ark, Jacob and the ladder of angels, Joseph’s rainbow coat. Then, as I grew up and started to study the book, I got intrigued by the writers. Writing in the ancient world was not undertaken lightly; it was a laborious and expensive business, so the people who put Genesis, and the other biblical books, in writing must have had strong motives, both theological and pastoral.

In February 2015 I will be hoping to get a group of Lee Abbey Devon visitors as enthralled by Genesis as I am. We will see the consummate literary artistry of the profound theologians who preserved ancient stories and wisdom by writing them down. We will enjoy their truthfulness and humour: Genesis is full of people rather like us, who are sometimes faithful to God, sometimes not, who confuse their own ambitions with God’s purposes, whose family lives are very far from perfect, but who live in the constant expectation of the presence of God in the world.

So we meet Noah, the one man righteous enough to be saved from the flood with his family; yet almost as soon as the floods go down, we find Noah drunk and irresponsible. Or there is Abraham, the hero of faith, who leaves everything behind at God’s command, but who is a far from ideal husband and father. Or what about Jacob, who cheats his older brother, but wrestles all night with an angel? Or Rebekah and Leah, who can barely say a civil word to each other? The list goes on. Why are these the people that Genesis thinks we should meet, all these thousands of years later?

The answer is that Genesis believes that the hero of the story of the world is not Abraham, or Isaac, or Sarah or Rachel, but God.  So as we immerse ourselves in Genesis, we allow ourselves to be addressed by the God who called Abraham, and who calls us still, to be part of the divine mission of love for the world.

I am very much looking forward to visiting Lee Abbey again. My father, Geoffrey Paul, was the Warden in the 1970s, so I spent some of my formative childhood years at Lee Abbey. It was an immense privilege to live in such beauty and to share it with so many other disciples of Christ. I’m sure lots of things about Lee Abbey have changed over the decades, but I’m confident that those two – beauty and discipleship – are still part of the place.

Jane is a tutor in theology at St Mellitus College, the Church of England’s newest theological college. Jane is the author of a number of books, including Approaching Christmas, Approaching Easter and Faces of Christ. 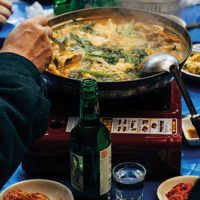 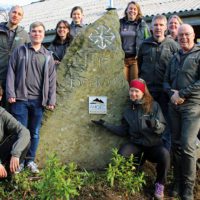