This is an archived item that expired on 31 December 2015. 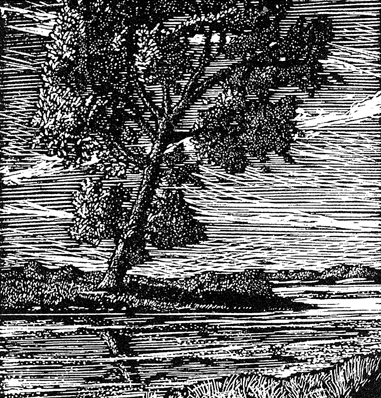 Roger Wagner reflects on the inspiration behind his project to illustrate and translate the Psalms.

Sometime in the early nineties I was staying with some friends in Sheffield. While waiting for them to return I started exploring their bookshelves and came across A Book of Psalms: Ronald Knox’s translation of the psalter. I didn’t, as it happens, respond to Knox’s translation (and still don’t), but as I sat waiting the idea of a book of psalms began to take shape in my mind.

The monastery of San Marco, Florence

Many years earlier, when I was still at school, I had visited the monastery of San Marco in Florence where in every cell there is a painting by Fra Angelico that illustrates some episode from the gospels. Sitting in those cells had been a formative part of my own spiritual journey and had shown me at the same time how paintings could speak to deep places in the soul.

That experience in Florence had shaped my own ambition as a painter, but while painting has been at the centre of my life I have also had a longstanding interest in poetry. After I left art school, and moved up to Oxford, I started writing some poetry and produced some illustrated books in which I tried to combine the two things. The same literary interest had led me to join a class in Biblical Hebrew which (it being Oxford) I discovered was taking place just down the road from my studio.

As I sat looking through Ronald Knox’s psalm book in Sheffield all these various experiences began to come together. Because the psalms are so various and different from each other – speaking to every mood and shift in our spiritual weather – reading through the psalter can feel like walking through a spacious building in which each poem, like the individual cells in San Marco, provides an opportunity for contemplation and reflection. Might it be possible to produce a book of psalms that attempted something like this? In which a fresh translation of each psalm appeared alongside an illustration which invited the reader to pause and contemplate some aspect of it?

The Book of Praises

I attempted an illustrated translation of Book One of the psalter in 1994, that used wood engravings and an arrangement of the English and original Hebrew text to illustrate the meaning of the poems. Fourteen years later I produced Book Two. And then in 2013 Book Three. All of these illustrated books formed part of my ordinary exhibitions, but such a time-consuming project does not fit easily into the commercial realities of the contemporary art world. In the middle ages monastic communities spent years producing illustrated psalters that only a handful of people would ever see. If that is not a viable model today is there any place for work of this kind in the 21st century? Might contemporary technologies provide an answer? My ambition today, if this project comes to completion, is to produce a digital psalter.

Roger Wagner is a painter and poet with work in collections around the world including the Ashmolean Museum in Oxford. In 2014 he painted the first portrait of Justin Welby, Archbishop of Canterbury.