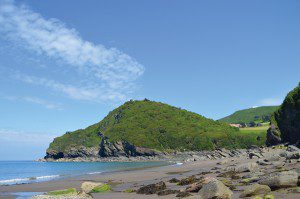 Jane Willis reflects on a silent retreat at Lee Abbey Devon: ‘No words, no wine, no web – but I had my camera.’

Recently I was hugely blessed to spend five days on silent retreat at Lee Abbey.

Nine months into a demanding new ministry role I knew I needed to reset my pace from that of a sprint to a marathon – something which could be sustained for the long term. I breathed deeply as I drove onto the Lee Abbey Estate and gave myself to the next few days and all God had for me. No phone, no emails, no internet, no words … The silence was such a relief. I felt the weight of expectation falling from my shoulders.

My phone and tablet lay neglected all week – but the one thing I did keep with me was my camera. Photography has developed for me to be something of a gift, an aid to prayer, to stillness, to contemplation, though it was hard once to explain this to a rather fierce cathedral verger!

‘I’m going to teach you to see the world differently,’ declared my daughter’s photography tutor on the first day of her degree course. And that for me, in the context of prayer, is what photography has become. My photographer’s eye has developed into a deep seeing, a heightened awareness – of time and of place and ultimately of God. The camera can be for us an aid to contemplation – as was found by the master of contemplative prayer, Thomas Merton, whose centenary we celebrate this year. Discovering Merton’s love of photography has helped me to understand what I had been practicing quite unconsciously.

In his early years Merton was utterly dismissive of photography, but latterly began what he described as his ‘love affair with the camera’. His monastic life allowed him no personal possessions, but his good friend, John Howard Griffin, loaned him a Canon FX at which he was jubilant, studying the ‘beautiful instrument’, trying different lenses – a 50mm, then a 100mm at which he joyfully declared, ‘When I looked through that it just blew my mind.’  He was no master of the technical side of photography and was happily unconcerned about that: ‘I know nothing of ASA speeds’,  he commented. ‘Never use a meter. So I presume everything I did was “standard”.’ The camera for him was a contemplative tool, enabling him to move from ‘looking’ to ‘seeing’ – he wrote of ‘the urgency of seeing, fully aware, experiencing what is here.’  The camera was both an aid to and an expression of attentiveness – attentiveness to God, and to the world through which God reveals himself.

Robert Waldron explains how Merton’s photography offers us a window into his contemplative life, ‘His interest in photography is emblematic of his life as a contemplative, for to become contemplative one must develop the spiritual eye of attention, and what in modern life symbolises more fully and exactly what the … contemplative life entails than a camera. The camera zeroes in on the object chosen by the eye to be seen, not a cursory but a deep seeing, as if one is attempting to see into the life of things, like monks with eyes fixed upon religious ritual or Scripture, hoping for a divine glimpse.’

Of course all this can be practised anywhere and everywhere – but where better than the glorious prayer-soaked surroundings of Lee Abbey? The landscape is simply stunning and there’s such variety: woods and meadows, vast rocks, wild flowers, rolling waves, the tiny chapel on the beach and the crosses on the hillside, the vast seascapes with the light constantly changing.

I would walk up to Jenny’s and just sit and sit – no two days, or even two moments, the same. My eye would be caught by a pool of light far out to sea – and then by a tiny wild flower by my side. I would look and look – and then I would photograph – and then look some more. I’ve learnt there’s a danger in photography of acquisitiveness, which I now try to guard against. I’m discovering too that there’s a spiritual element not only in the taking, but in the later viewing of the photographs – in what seems to be a movement from chronos to kairos time, as the capturing of a single moment can be viewed unhurriedly. And somehow, to my delight, I find others viewing my photographs enjoy a taste of the blessing I have experienced in taking them. Which can only be gift – for which I am truly thankful.