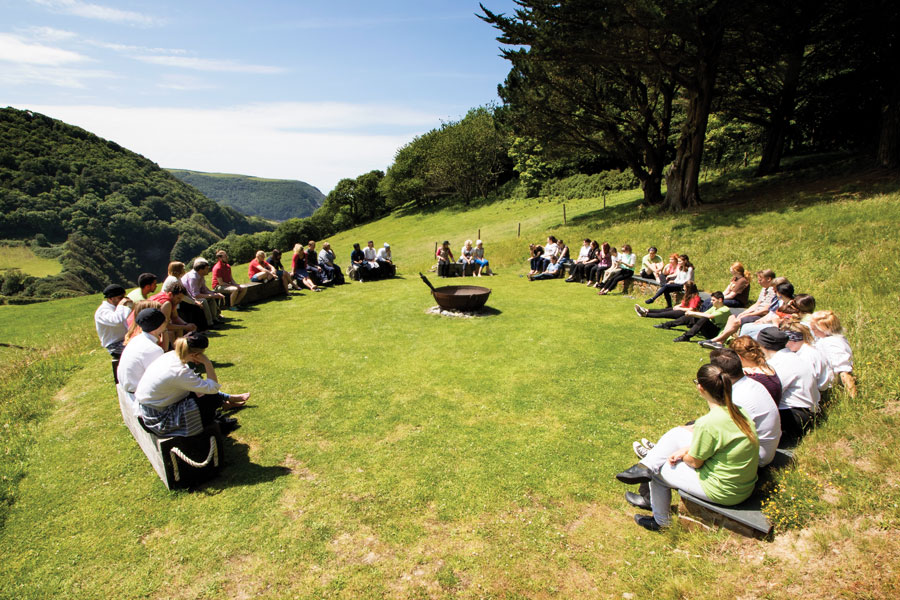 It is significant that the most important movements of Christian renewal have their origins in times of conflict and social change. For example, in the early sixth century, when the Roman Empire was collapsing and society was disintegrating, God called St Benedict to the monastic life. Over the following decades Benedictine communities sprang up in many countries, and these are still having a profound influence on the church and the world today.

At other times warfare provided the context for new religious movements. An example of this is the Franciscan movement, which emerged in early 13th century Italy against the backdrop of decades of war between neighbouring states.

In both cases grassroots Christians heard Christ’s call and started to worship together and share their lives in the service of God and others.

The past century, during which more people have been killed in warfare than in any previous century, has seen a resurgence of Christian communities in the West. Among the many communities in Britain are Iona (1938), Lee Abbey (1946) and Scargill House (1957), whilst on the continent the Roman Catholic Church saw the founding of Taizé (1940), L’Arche (1964), Sant Egidio (1968) and the Monastic Fraternities of Jerusalem (1975). More recently there has been a mushrooming of new communities which tend to use the banner of the ‘new monasticism’, including the Community of St Anselm which Archbishop Justin Welby founded at Lambeth Palace in 2015.

The roots of all of these communities are to be found in Western monasticism and, in particular, in the Benedictine tradition. St Benedict wrote The Rule of St Benedict, which is rooted in the Christian Scriptures and forged in the light of his lived experience. So what can we learn from St Benedict today? What can our Lee Abbey Communities and Friends learn?

St Benedict wrote about the fundamental importance of the daily worship of God. Twelve of the chapters of his Rule are concerned with how Christians worship together. Much of our Anglican tradition has its origins in Benedict’s Rule, not least the use of the psalms each day in morning and evening prayer. Benedict saw worship as the most important work of a community. He stressed the importance of praise which was to be a fundamental part of the daily rhythm of worship: As the Prophet says: ‘Seven times a day I have praised you.’ This sacred sevenfold number will be fulfilled by us if we perform the duties of our service at the time of Lauds, Prime, Tierce, Sext, None, Vespers, and Compline; because it was of these day hours that he hath said: ‘Seven times a day I have given praise to Thee.’

I am not suggesting that all Christians need to gather for prayer seven times each day as in a more formal religious community. However, in today’s world many Christians are critical of anything that sounds like routine or discipline, stressing that we live under grace, not under law. Nevertheless, communities (like individual Christians) rarely thrive if they are not built on a regular routine of meeting together for prayer and worship.

Benedict wanted each Christian community to be ‘a school for the Lord’s service’. Not a school in the sense of an educational establishment where we are taught to pass exams, but a school in the sense of a place where we discover the truth of God and about ourselves. It is the place where we grow into maturity. That is why in traditional Christian teaching the family and the church are so vitally important. It is here that we have the hard edges knocked off us. It is here that we have to break through to the place of unconditional love. It is here that we discover that we meet Christ in one another.

Benedict knew from his own experience that we discover the true nature of human living in relationship with others – in Community. Quoting the psalms he asked: ‘Who of you desires life?’ And he asks: ‘What, dearest brethren, can be sweeter to us than this voice of the Lord inviting us? See, in His loving kindness, the Lord shows us the way of life.’ Benedict taught that we only discover real community when we stop living as if we are at the centre of the world and re-orientate our lives outwards, towards God and towards others.

The longest of the 73 chapters in The Rule is on humility, which is not a subject on which we hear many sermons nowadays. Yet humility is a vital Christian virtue if community is going to flourish. Benedict reminded the members of the community of the words of Jesus:

Dietrich Bonhoeffer in Life Together, written from his experience of living in a community at Finkenwalde, spelt out the implications of Jesus’ teaching: Each member of the community is given his particular place, but this is no longer the place in which he can most successfully assert himself, but the place where he can best perform his service.

Humility has not always been seen as a virtue. Indeed, the German philosopher Friedrich Nietzsche (1844-1900) argued that the very notion had been developed by the weak as a justification for cowardice, and Sigmund Freud (1856-1939) thought that it was an expression of a masochistic guilt complex.

However, the example of Jesus shows that Christian humility is nothing to do with cowardice or guilt. His humility was rooted in a steely inner strength which enabled him to challenge hypocrisy wherever he found it, whilst at the same time enabling others to develop to their full potential.

Practicing the discipline of listening

The Rule of St Benedict begins with the famous words:

‘Listen, O my son, to the precepts of your master, and incline the ear of your heart, and cheerfully receive and faithfully execute the admonitions of your loving Father, that by the toil of obedience you return to Him from whom by the sloth of disobedience you have gone away.’

‘Having heard the brethren’s views, let him weigh the matter with himself and do what he thinks best. It is for this reason, however, we said that all should be called for counsel, because the Lord often reveals to the younger what is best.’

One of the most precious gifts we can give to another human being is to truly listen to them, something which is rare in today’s busy world. The old adage that God has given us one mouth and two ears reminds us of the priority of listening over speaking.

The Rule does not place much emphasis on the ascetic or life-denying side of religion. Indeed the whole of The Rule of Benedict only refers once to ‘deny yourself’. In some Christian traditions there is a great emphasis on dying to self and on the cost of discipleship, and many Christians presume that this is the case, especially in monastic communities. They illustrate this by pointing out that monks and nuns take vows of poverty, chastity and obedience. In fact those vows are not taken by monks but are the vows taken by members of the mendicant orders which arose in the 12th and 13th centuries, such as the Franciscan and Dominican friars.

Benedictine vows are different. They are stability (committing to live in a particular monastery), obedience (putting yourself under the authority of an abbot or abbess) and ‘conversion of manners’ (conversatio morum), meaning fidelity to monastic life which involved foregoing private ownership and being celibate.

Benedict did not appear to see much point in poverty as an end in itself. What Benedict was against was private ownership. When you were given a gift it was to be celebrated and shared. The only reason we might deny ourselves is so that we can follow Christ better. Benedict was not into hair shirts and self-flagellation. What he wanted was the glory of God.

Over recent decades we have been through huge social upheaval in Western Europe and this is likely to continue for the foreseeable future. We no longer have a shared story and common values, rooted in our Christian heritage, to bind us together. If history teaches us anything, it suggests that we need to discover how we can live out our faith together, whether in more formal communities or in our local churches, so that we can bring the truth of Christ to a new generation. St Benedict’s Rule, with its practical wisdom and profound insights, can help us in that task.