This article is an extract from David Runcorn’s latest book “The Language of Tears”, and was published in the September to December 2018 issue of Rapport magazine.

Suppressed, hidden, apologised for, writer and speaker David Runcorn asks us to look again at how God can use our tears 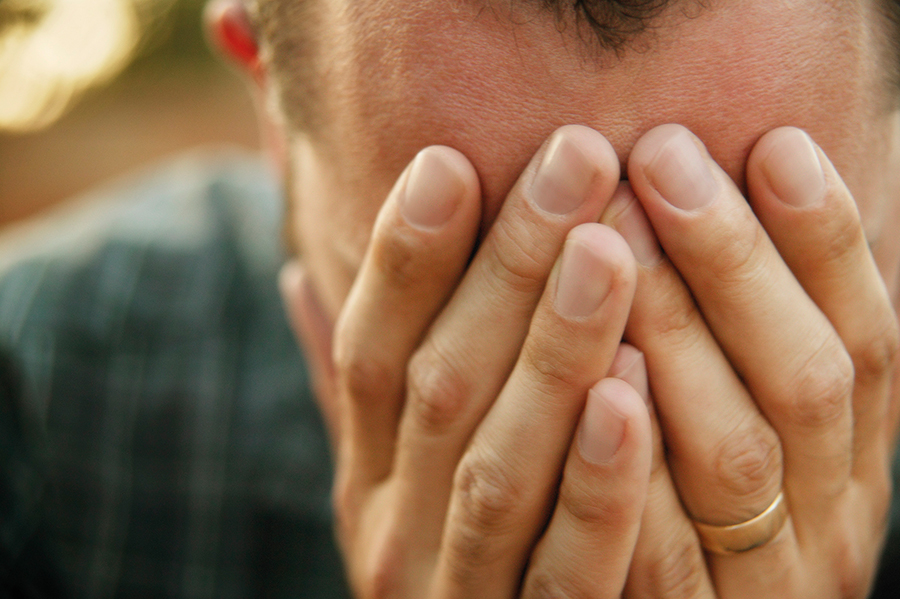 Down through history, and in a variety of cultures, is found the practice of gathering tears and keeping them in a bottle.

There is a poetic reference to this practice in one of the Psalms when a struggling pilgrim says to God: ‘You have kept account of my misery; put my tears in your bottle’ (Psalm 56:8). The psalmist found comfort in the conviction that God too collects our tears and keeps a record of the stories of our pain. Nothing is wasted.

In Victorian England, lachrymatory or tear bottles were popular as an expression of mourning for those who had died. At other times they were kept by those whose loved ones were away fighting wars, on the high seas or on other hazardous journeys. They were a sign of their devotion and the pain of separation. Gathered tears were a way of remembering, of paying attention, of honouring and of being faithful – and an expression of the simple longing to be close to one who was absent.

Our relationship with tears is more uncertain in today’s society and even in church. They are more likely to be suppressed than expressed, hidden rather than gathered. When they surface in company we feel we have to apologise. But down through Christian history tears have had a central place in the task of discerning, praying and revealing God’s purpose and ways. For example, the earliest manuals on Christian discipleship paid very special attention to tears and were suspicious if they were not there. They saw tears as a sign of the Spirit’s presence, a renewing of baptism and a gift of prayer and worship not unlike the gift of tongues in the charismatic tradition. This insight has been largely lost in
our time.

Tears only receive a passing mention in books on bereavement or suffering. But tears are part of our whole relationship with ourselves and our world. They flow from the most authentic places within us. They reveal our personal landscape and story – rather like rivers, springs and lakes do in the natural world. Tears are a language rather than just a feeling – but we have probably not learned how to listen to the language of tears before.

Some years ago I was speaking at a conference. I cannot recall the theme. I only remember that at the end of my final address I sat down in the midst of the audience and could not hold back my tears. I wept uncontrollably. People around were quietly sensitive towards me and there was a scheduled break for refreshments. (It was a conference within the charismatic tradition so this occurrence was perhaps not as startling as might be first thought!) The conference leader, a close friend, took me to a side room. I slumped to the floor and continued to shake with sobbing for some time. How long this continued I do not know. The carpet beneath me was damp. My friend sat quietly and then, as I calmed, he remarked in a very matter-of-fact way, ‘I can see the angel who is ministering to you. He is collecting up your tears.’ The idea that angels were involved at all at that moment was entirely new to me, but this was not the time for critical analysis. There was much in that experience I still cannot claim to understand, but two things were very clear in that moment. Though totally unexpected, I knew I could completely trust the integrity and authenticity of my friend’s insight. And whatever was going on I was being held in an immense, holy compassion.

Tears are gathered in a moving scene near the end of the film, Harry Potter and the Deathly Hallows. One of Harry’s teachers was called Severus Snape. He was a relentlessly malevolent, ambivalent and bitter character throughout the long Potter saga, with an intense resentment of Potter himself – though quite why had never been made clear.

As the final battle with the forces of darkness comes to a climax, Harry finds Snape terribly wounded and near to death. Harry kneels beside him trying to find some way to comfort him. Tears are flowing down Snape’s cheeks. ‘Gather them’, he says. Harry finds a small bottle and carefully collects the tears. He takes them to a ‘pensieve’– a font-like bowl which in that magical world is a receptacle for containing and revealing memory. He pours the tears into the water and plunges in after them. Snape’s most personal and painful memories are now revealed – the socially awkward, lonely young boy, deeply in love with the only person who had ever befriended him – the girl who will become Harry’s mother. To add to his pain he is cruelly bullied and mocked by Harry’s father and friends. But only now is it revealed that, after Harry’s mother was killed, Snape secretly took on the role as Harry’s protector for her sake. But no one could know. It is a story of harrowed, lonely sacrifice and a faithful vigil that plainly nearly broke him at times. Years later when Harry has a son he gives him the second name of Severus. Harry tells him he is named after one of the bravest people he has ever known.

The story was all in the tears. And perhaps it always is. In a poem about her tears a friend prays:

‘Lord, collect my tears in your bottle, for each globe holds a world, exposed.’

The photographer Rose-Lynn Fisher specialises in micro-photography. A few years ago she went through a painful time of loss during which tears flowed abundantly. One day she took a teardrop, put it on a microscope slide and photographed it. What she saw was so striking and unexpected that she continued to collect and photograph her tears, noting as she did so what particular event triggered them and what feelings accompanied them. The images have a stark simplicity and beauty. Many look like aerial reconnaissance drawings in pen and ink, with landscapes and coastlines and even settlements. The scenes vary enormously across expressions of loss, joy, bewilderment and pain. No two tears are alike. And onion tears, by contrast, make a totally different
image. They resembled frost on a window pane.

Fisher’s tears became for her a way of reflecting on her life that was as creative as it was evocative.

She says, ‘Tears are the medium of our most primal language in moments as unrelenting as death, as basic as hunger and as complex as a rite of passage. It’s as though each one of our tears carries a microcosm of the collective human experience, like one drop of an ocean. Wordless and spontaneous, they release us to the possibility of realignment, reunion, catharsis: shedding tears, shedding skin.’

Like streams and rivers across the countryside, tears may be found flowing in, around and through our human story, welling up like springs in the midst, shaping the contours and stories of our lives as they do.

They are part of an essential irrigation system for our growth and fruitfulness, softening the ground of our soul where it has become hard and downtrodden and, like springs, soaking it all with extravagant exuberance.

Tears trace and shape the personal landscape of our lives and reveal its character.
They have to do with love.
They help us remember.
Tears are for gathering.
They are the presence of the spirit.
They are not for wasting.
God does not waste them either. 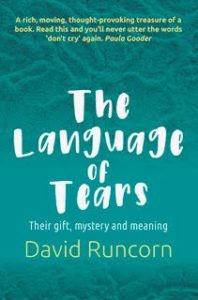 This article is an extract from David Runcorn’s latest book: “The Language of Tears – their gift, mystery and meaning” (CHP). Published in July 2018.

Advent is an ancient season of preparation and vigil in the Christian calendar. This retreat is suitable for both the adventurous beginner and the more experienced, and will be built upon shared prayer and silence with guidance and support offered throughout.