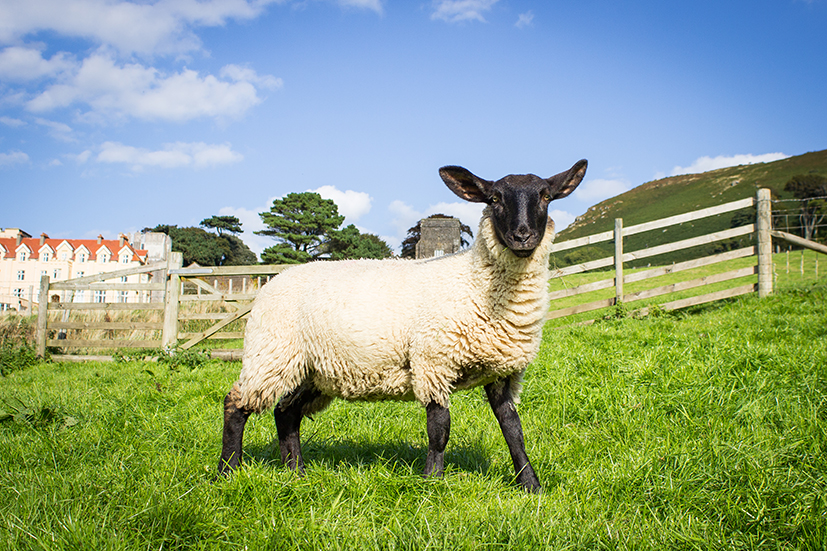 I am always keen to point out to visitors and Community that Lee Abbey is a farm and, as such, we face the same issues as many other farmers. One of the problems currently experienced by the agricultural community is the disconnect with those from urban areas and their understanding of rural life. Many people from cities enjoy their recreational time in the countryside, and many are influenced by social media which seems to form an unquestionable source of ‘facts’ that are taken as true, and can encourage the belief that the farming of livestock is bad for the planet and that all farmers are cruel in the way they raise livestock.

As in any occupation, there are farmers who are conscientious and effective as well as those who are not so. Now it may be true that in various parts of the world some farming methods are poor environmentally. For example, in some countries there are very large cattle lots (pens), and the cattle are raised on feed which is bought in and transported many miles by truck each day. Equally, welfare standards on such units are likely to be lower. This is a far cry from Lee Abbey’s outdoor-reared livestock. The message I seek to share is that here, in this beautiful part of North Devon, we abide by strict welfare rules, some incurring considerable extra cost, to ensure that we have best practice in caring for both our livestock and the environment.

Social media carries stories of the large carbon footprint of lamb production, but at Lee Abbey all our lambs travel a maximum of ten miles from birth to plate (apart from the lamb purchased by our guests and taken home to eat!). Some people say that although they eat meat, they won’t eat Lee Abbey lamb as they have seen it in the field. However, surely it’s better to eat meat which has known origins, and has been responsibly reared, than that which is completely unknown?

There are problems with the mass market which is being created in order to cater for modern diets. The popularity of almond milk has resulted in large-scale pesticide use abroad in order to satisfy that demand; the production of palm oil causes devastation to the environment, but still people prefer to use it because it is plant-based, rather than a locally produced dairy product. For a number of years, there has been a growing belief that wholesome natural, organic food is a healthy option and good for the environment. However, now some popular diets have resulted in man-made supplements being required in order to substitute the animal products, and the substitutes used are highly processed. Most soya, which forms the basis of much non-animal protein, is now genetically modified. It’s interesting to note God’s promise to Moses, that He would bring the Israelites ‘ … into a good and spacious land, a land flowing with milk and honey …’ (Exodus 3:8). These are both foodstuffs excluded by some modern diets.

One of the most common reactions from people who come to Lee Abbey is a sense of awe at God’s creation and the beauty of the surroundings. Farming has shaped the landscape and if we, and others, do not continue to farm then most areas would become inaccessible due to weeds, thistles and scrub. After the fall of man God said: ‘Cursed is the ground because of you; through painful toil you will eat food from it all the days of your life. It will produce thorns and thistles …’ (Genesis 3:17–18).

It will be through ‘painful toil’ that we will eat from the fields and we will face difficulties with disease and the weather. Farming is tough, a never-ending, but massively rewarding job in which we see the wonder of God’s creation every day. Here at Lee Abbey we aim to educate people about issues we, as farmers, face and the solutions we seek, to ensure that we farm in harmony with creation. Each week we have farm walks and tours for our guests in the house, and for schoolchildren and others who stay at The Beacon Activity Centre.

For many years, farmers have shaped and cared for the landscape and it would be a real shame for them to be unable to continue to do so due to misinformation and ill-informed views. At Lee Abbey we are able to engage with local farmers because we face the same issues. The future of the countryside rests on farmers being allowed to continue to farm and care for the landscape which is God’s awesome creation.

How can we be ‘farm friendly’ and help the environment?